Currently studying for her MA in Music Direction at the Mountview Academy of Theatre Arts, Debbi started piano at the age of 2, and has always had a passion for music. She took GCSE music at Davison CE High School for Girls in Worthing, where she was given the Davison Award for Music Achievement. She was awarded the highest music scholarship to study at Kent College Canterbury, singing in the award-winning chamber choir Sedecim, and where she performed as first clarinet soloist in Krommer’s Double Clarinet Concerto with the college orchestra. She was presented with the Lander Prize for Keyboard Studies at the end of her time at the college.

She has considerable experience in accompanying both classical and musical theatre. Debbi works with the Postgraduate singers during lessons and workshops at LCM and accompanying many other students in recitals and exams. She has been accompanist to many choirs, including the Glee ensemble at LCM and Kingston University’s Twist Choir, which included a tour to the Edinburgh Fringe Festival. While at LCM she was part of the pit orchestra for the university’s performance of the opera ‘Alice in Wonderland’, in collaboration with Opera Holland Park, and sometimes stepped in as rehearsal pianist in the weeks before. She also enjoys chamber music, most recently performing Elgar’s Violin Sonata with violinist Maggie Snow (www.maggie-snow.com).

During her Masters degree course, Debbi studied under internationally renowned pianist Natasa Sarcevic (www.uwl.ac.uk/users/natasa-sarcevic). During this time, she participated in the sixth International Masterclasses in Narni 2016 (www.mozartitaliaterni.org/en).

As a member of the Royal Choral Society, Debbi regularly performed in the Royal Albert Hall. She also sang in the Kingston University Chamber Choir (including an Italian tour), Kingston Choral Society, and performed with the Riverside Opera, Kingston, as a chorus member in Gounod's Romeo and Juliet in Kingston's Rose Theatre. In addition, Debbi had a part of a chorister in the critically acclaimed film "The Theory of Everything" based on the life of Stephen Hawking.

Debbi Lindley is a regular Musical Director for Hinchley Manor Operatic Society (www.hmos.org.uk). She has worked on shows such as Pirates of Penzance and a compilation show commemorating the Queen’s 90th birthday. She was recently the Assistant MD and rehearsal pianist for their run of Legally Blonde: The Musical, before returning as MD for Old Time Music Hall. She has worked as the Musical Director for BANOS (www.banos.co.uk). Debbi is Ballet pianist at the London School of Musical Theatre (www.lsmt.co.uk).

In the past, she has been a clarinettist in LCM's Camarata orchestra, and deputy clarinettist for Kingston Philharmonia. She is a piano, clarinet and theory teacher.

As a musician she is regularly hired to play at events and functions. These are both within the university and outside, particularly in the London area.

At ever, she is busy working on a number of shows. Please see the "Forthcoming Work" page for more details.

Debbi is the grand-daughter of Raymond Blamire Clarke ARCO, MA(Cambs). Raymond was examined by W S Lloyd Webber (father of Andrew Lloyd Webber) when he gained his associateship to the Royal College of Organists in July 1949. He subsequently became a very well-known and respected Church Organist and choirmaster at a number of churches across the country over many years, and latterly in Bournemouth. One of his earliest appointments was at a church in Newport, Monmouthshire, at the same time that Fred Secombe brother of Sir Harry) was vicar.

Please go to the video section to see some of Debbi’s more recent work. 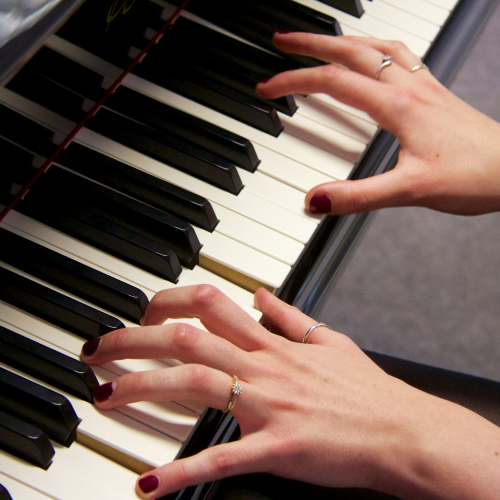 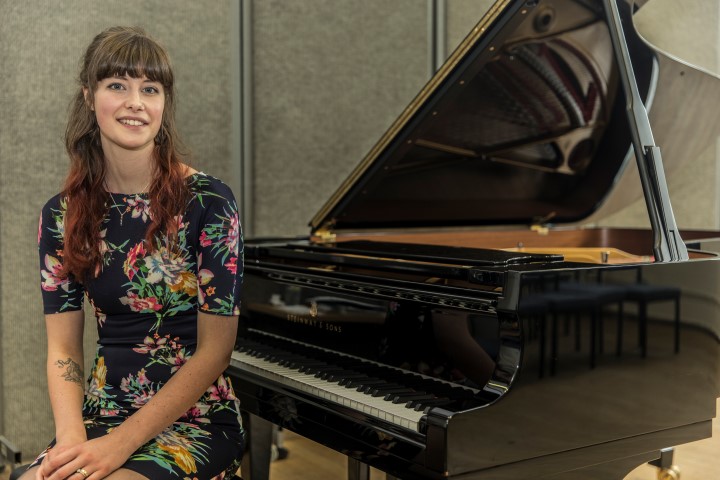